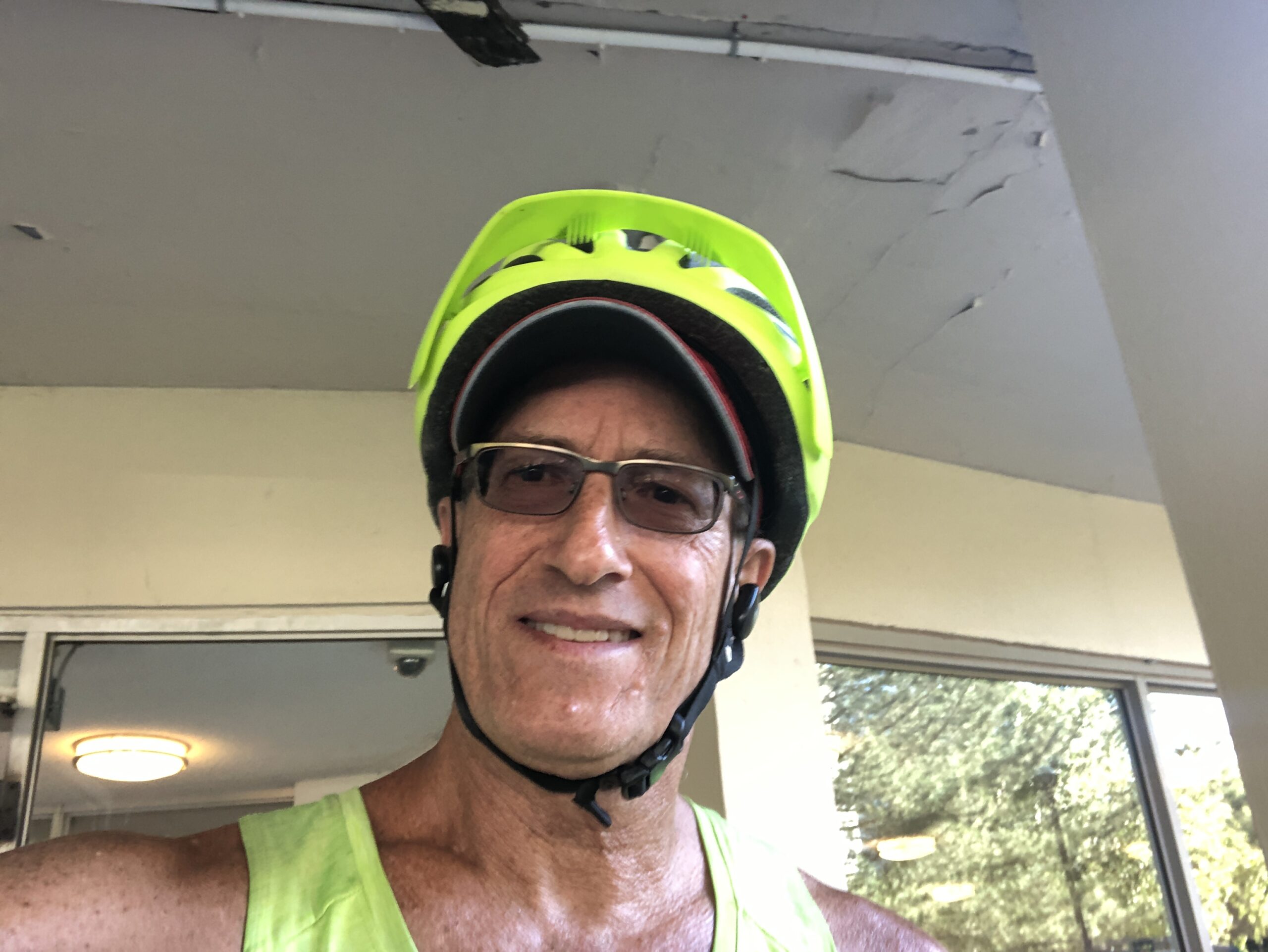 Next morning was a Friday, my final day of the trip. I fueled myself with a couple travel-sized boxes of sugar bomb cereal, Fruit Loops and HoneyComb with milk: breakfast of champions.
My route was  fairly straightforward back to North York. First I rode from central Oshawa to Tauton Road, which is the eastern extension of Steeles Avenue. It was uphill all the way from the Airbnb for several kilometers. Good thing I’d crammed all that sugar into me. Tauton Road was very busy at first but once I’d left Oshawa it got much calmer. It was another beautiful day. I even had a bit of tailwind from time to time. 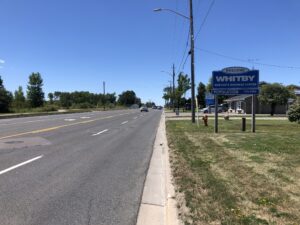 Then, at the point where Tauton Rd turned into Steeles (in Pickering), I had a bit of a scare. The road, which had been well maintained and two lanes both sides, suddenly narrowed into a single lane on both sides, there was a steep bit of downhill and uphill, cars and trucks were bottlenecked beside me on a small bridge, and there were massive cracks and holes in the pavement. Who the hell designed this quagmire? I got squeezed when the shoulder disappeared and I was half an arm’s length from impatient vehicles.
As I biked onward, savouring the breeze and the sun’s warmth washing over me, road signs reminded me of my journey’s nearing end. Welcome to Whitby. Welcome to Pickering. Welcome to Scarborough. where the Pacific Mall was a hive of activity. Then, as I ascended the hill running south on Bayview from Steeles toward Finch, Welcome to North York. 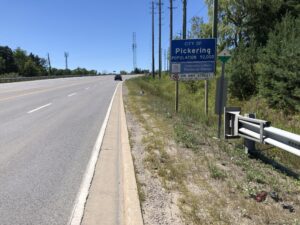 Until that point, I had felt like an adventurer. Far from home. Scouting new realms. Speaking French where needed. Passing by the occasional fellow long distance cyclists with mutual waves and smiles. Now, as I wended my way westward toward Bathurst and Finch, on the paved Hydro corridor, I was just one more citizen of the city out for pleasant ride, albeit with more baggage. 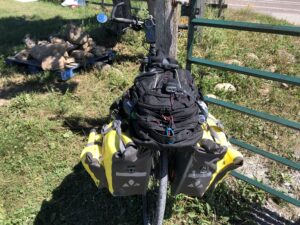 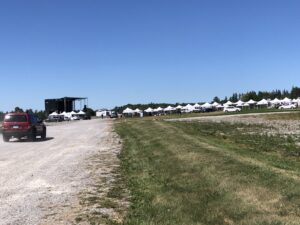 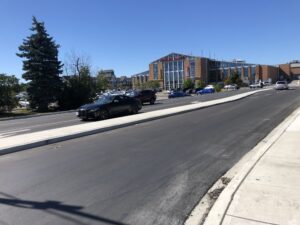 Arriving home after 61 km of riding that day, I was flooded with conflicting feelings. Relieved that I had made it back without injury or major mishap (except for contracting Covid along the way). Happy that I could sleep in the next day and not have to pack up and strain myself riding to another destination. Yet wistful that the grand adventure was over, seemingly all too soon.
I’ll reflect, in my next instalment, on my thoughts about what the trip meant to me, and whether I achieved the goals I’d set for myself. For now I can say that on the Sunday two days after I returned, I hosted a little birthday brunch for my son who’s visiting from Vancouver, and it was great to be back and grounded again!